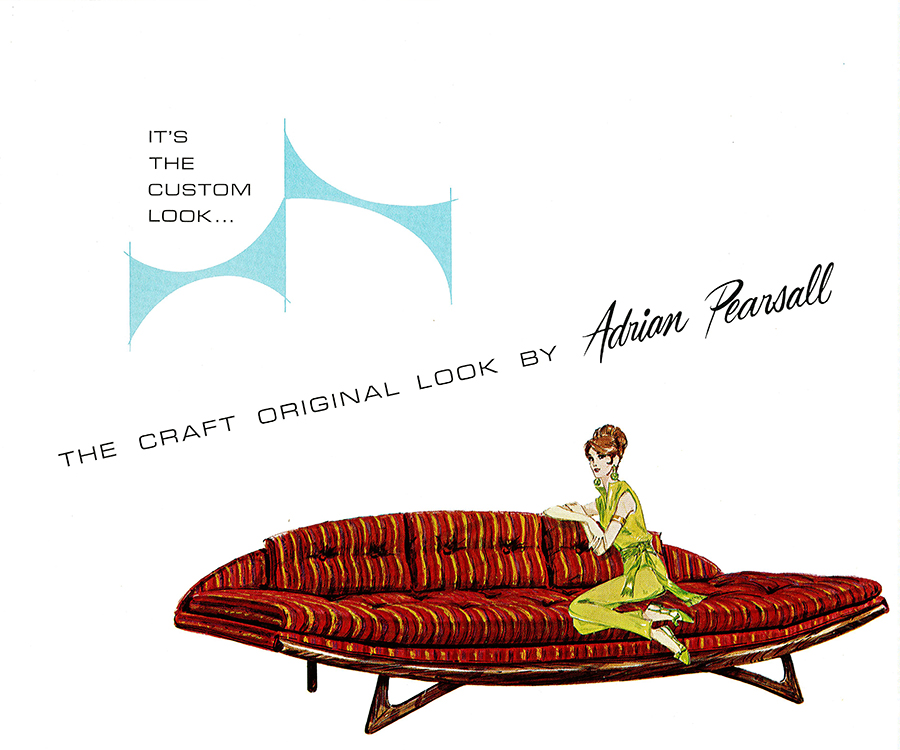 Known for his daring designs which brought high style to the masses, [Adrian Pearsall] is credited with the creation of long and low gondola sofas, free-form walnut and glass tables, and the popularization of the venerable bean bag chair. – Obituary, adrianpearsall.com

Adrian Mount Pearsall (1925-2011) was an innovative designer who founded Craft Associates, which became one of the country’s most prominent furniture designers during the mid-century “Atomic Age.” He went on to be included in the American Furniture Hall of Fame in 2008.

There have been some issues surrounding his designs, regarding inauthentic reproductions and copies. His family is working hard to discredit the individuals and companies that are making these false claims.

Read more about his life and legacy here.

Like his stuff? Take a look at the Adrian Pearsall/Craft Associates Sofa residing in the FG showroom right now!